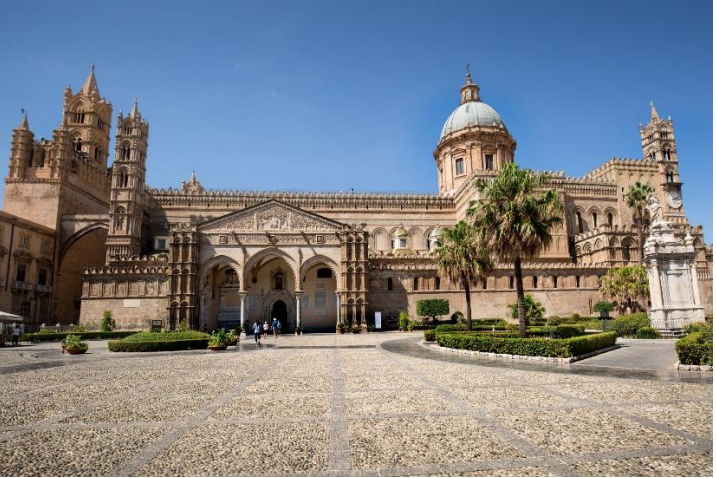 On October 21-23, mayors from around the world, convened by the Global Parliament of Mayors, will gather virtually in Palermo to chart a path forward for leadership in the postCOVID era. They will be joined by international organizations, non-governmental organizations, universities, think tanks, industry, and other stakeholders. Participating mayors will debate key policy points, share policy lessons, and identify key policy actions to be taken around five themes: Culture; Cities, Urban Pandemic Response; Global Governance, Cities, Urban Areas and Climate Migration; and, New Local Economies. This paper provides a policy brief and possible policy actions for the Urban Pandemic Response theme.”

Overview Leaders, organizations, cities, and countries are discovering that culture is substantial. Culture generates a stable sense of belonging and also a dynamic platform for change. The vast but under-acknowledged bank of evidence is witness to culture’s power and potential. This includes a literature review by the WHO of 3000 studies and an evidence base created by the EU and literally 100s of studies in specific cities. Policy Brief Culture is our necessary and renewable resource, the fourth pillar of sustainable development, though we often overlook it. The obstacle, in part, has been the word itself. Culture means two opposite things. One meaning is a heritage of shared beliefs, practices, and places, something to be protected rather than tampered with. This is the sense used by most decision makers who are trained in the social sciences which privilege patterns over disruptions. The other sense is dynamic and familiar to artists and humanists who disrupt patterns and generate new relationships. One understanding is fixed, making culture either an obstacle to development or a fringe area for decoration and leisure, vulnerable to budget cuts. The other is edgy, experimental, and jealous of personal freedom. This difference in meaning causes a blind spot for both mayors and creatives who see past one another when collaborations are urgently needed to adjust outdated attitudes and behaviours that currently block development toward the SDGs. Today, in a post-pandemic world, we have an extraordinary opportunity to bring these visions together into bifocal projects. Shared beliefs and practices need to be refreshed and updated, as mayors know; and artistic interventions need to take stock of their practical effects, beyond personal satisfaction. Otherwise, we waste the creative resources that make us human. Collaborations will make us better citizens who can re-set our societies after the Covid 19 pandemic exposed habitual exclusions as life and death inequities. Policies of inclusion in post-pandemic cities can count on participatory arts to foster collective belonging. Arts literacy projects will assimilate immigrants; and immigrant arts will enrich the local offer. The gains will be better security, physical and mental health, economic equity, and care in both senses of loving and taking responsibility for society. In sum, the power of arts as inclusion can energize cities across all dimensions.

The reason is clear. When the general population is engaged in collective and creative activities, they build human and social capital, new personal skills, and admiration for fellow citizens. A few examples among many highlight the potential:

In 1995 newly elected Mayor Antanas Mockus of Bogota, Colombia, intentionally provoked his city driven by despair, violence and corruption. “Time to bring out the clowns,” and he said it’s a “Good idea.” Twenty pantomime artists replaced twenty corrupt traffic police to shame irresponsible pedestrians and drivers. The shared laughter broke an apparently solid pattern of lawlessness. In the first year, there were 51% fewer traffic deaths. Many participatory arts initiatives followed, along with tax reform, transparency and infrastructural development. But art was the icebreaker. Within two administrations, homicides were reduced by almost 70%; tax revenues increased by 300%. This was “cultural acupuncture,” an approach developed from Jaime Lerner’s “urban acupuncture” for Curitiba, Brazil. Mockus added participatory art making and accomplished astounding results. Edi Rama became World Mayor of the Year in 2004, mostly for painting the grey city of Tirana in bright colours. It did not solve all entrenched problems, but art did act as a catalyst to rediscover a pride of place and greater respect among citizens. An artist himself, Rama saw colour as more than decoration. It is a structural element to revive the civic spirit. “Beauty was acting like our guardsman…. where municipal police, or the state itself, were missing.” This was his winning message in a campaign to become Prime Minister of Albania. Over the last few years, Tirana has made astonishing progress in its urban development, creating an urban forest belt of 2 million tree around the city core where children can plant a tree on their birthday. In 56 months, the city created 56 playgrounds in dilapidated parts of the city that act as gathering places and social connection points for all ages. Broad based music education has long proved to be a problem solver, ever since El Sistema was established in Caracas over 50 years ago. By now, almost five million young people in Venezuela have benefitted from classical music training. It won’t make them all professional musicians, but it does teach discipline, focus, collaboration, and dedication to beauty. Music making, crucially, keeps vulnerable youth off dangerous streets. Many international projects have imitated this program with notable success. This year Peter Kurz of Mannheim was awarded the World Mayor International Award. Much of his long term work has involved using the arts to foster intercultural understanding and to regenerate troubled neighborhoods such as Jungbusch. In Mannheim immigrants make up half of the population and former industries are giving way to new business models focused often on the creative economy. Sceptics about arts interventions sometimes object that they are not inspired, like Mockus, or trained as a painter, like Rama, or an engineer, like Lerner. Yet, Mayor Kurz is not himself an artist. Instead, his talent is to listen and to take small, cost-effective risks on art. One was his support for the School for Oriental Music, a unique initiative, that a Turkish musician initiated to gather disaffected youth for rigorous time-consuming and community building music lessons. This is one of many orchestrated ‘cultural acupuncture’ initiatives through which Mannheim addresses security and education by stimulating creative activities that foster diversity and belonging.

As part of a mayor’s toolbox, participatory arts can play a significant role in addressing the global challenges of SDGs. “Had I understood the power of arts to change behavior and to drive prosperity, I would have made very different decisions as Minister of Development.” (Jose Molinas of Paraguay, formerly of The World Bank.)

• Collaborate with local universities to harness the creativity of humanists and the technical expertise of engineers, entrepreneurs and social scientists to craft “Cases for Culture,” a hybrid study of artistic interventions that document outcomes to guide investments.

• Establish project-based education programs in public schools, public libraries, museums, theater and music institutions. Citizens who are raised to think beyond what exists and to collaborate will contribute to cities that experience constant dynamics of change.

• Issue a “Culture Passport” to children and adults who can accumulate stamps from participatory artistic activities and achieve recognition as Cultural Citizen. A modest material stimulus could be, a bus pass, a celebratory collective lunch at City Hall, tax break, etc.

• Support the UCLG’s #Culture2030goal to advocate an overall understanding that culture is the fourth pillar of sustainability, for the reasons mentioned here.

“If I had understood what art is and what it does to promote social capital, I would have made different decisions when I was Minister of Development in Paraguay. Policymakers generally have a blindspot when it comes to art as a resource for development.” Jose Molinas, Director of Instituto Desarrollo, Asunción, Paraguay
PrevPreviousStadt Mannheim
NextHUMA S131Next

We use cookies on our website to give you the most relevant experience by remembering your preferences and repeat visits. By clicking “Accept All”, you consent to the use of ALL the cookies. However, you may visit "Cookie Settings" to provide a controlled consent.
Cookie SettingsAccept All
Manage consent

This website uses cookies to improve your experience while you navigate through the website. Out of these, the cookies that are categorized as necessary are stored on your browser as they are essential for the working of basic functionalities of the website. We also use third-party cookies that help us analyze and understand how you use this website. These cookies will be stored in your browser only with your consent. You also have the option to opt-out of these cookies. But opting out of some of these cookies may affect your browsing experience.
Necessary Always Enabled
Necessary cookies are absolutely essential for the website to function properly. These cookies ensure basic functionalities and security features of the website, anonymously.
Functional
Functional cookies help to perform certain functionalities like sharing the content of the website on social media platforms, collect feedbacks, and other third-party features.
Performance
Performance cookies are used to understand and analyze the key performance indexes of the website which helps in delivering a better user experience for the visitors.
Analytics
Analytical cookies are used to understand how visitors interact with the website. These cookies help provide information on metrics the number of visitors, bounce rate, traffic source, etc.
Advertisement
Advertisement cookies are used to provide visitors with relevant ads and marketing campaigns. These cookies track visitors across websites and collect information to provide customized ads.
Others
Other uncategorized cookies are those that are being analyzed and have not been classified into a category as yet.
SAVE & ACCEPT
Powered by